So my first born turned 6 this November and planning his birthday was one difficult task. From places that I chose initially to be booked, to people not RSVPing , I got out a much stronger person :p

One thing was for sure that if we were to invite more than 3 kids we couldn’t do it in our apartment. So, came the question of choosing between either our party room downstairs or some play place. If we did it in the party room, we would have had to call someone in for entertainment and take care of decorations etc and though it would have been easier on the pocket but because lots was happening at that point, we opted out of it. I took some help from blogTO and my first choice was Playground Paradise (it’s next to the Flemingdon Park Community centre) because it was just so cheap but they were booked till the end of December.

Finally, Hasan and I agreed on playtown (we don’t agree on much in life just FYI :p ). You can click on the link to see their pricing, they have packages for 12 kids or 24 kids and allow 2 adults per kid. Choosing this place had its pros and cons, the biggest con being that it is at least a 35 mins drive from our place and since all the school kids are in the same neighborhood, they would have had to drive all the way to Mississauga. But we just loved the place. Unlike other play places that have regular slide/trampoline structures, it has playhouses where children could take part in interactive play. The pictures below show the  salon, construction site, theater etc. 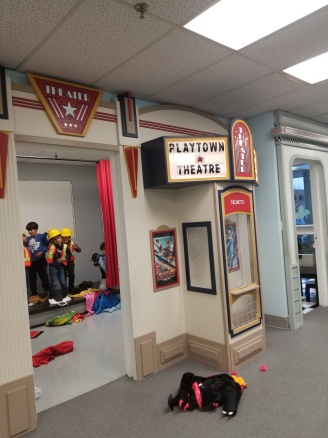 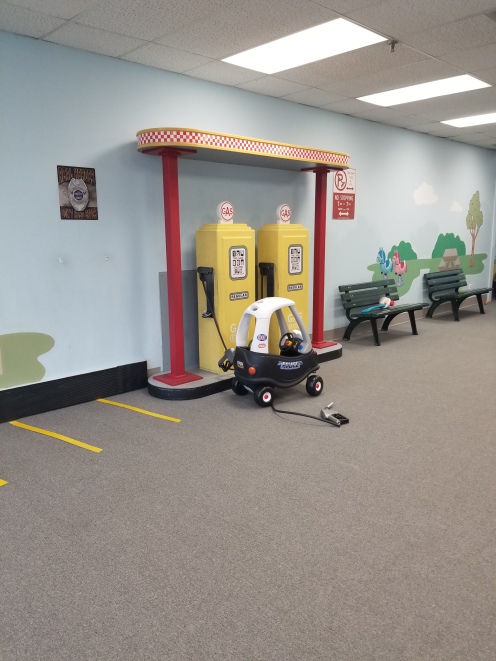 We made simple invites, got the cards and stuff for goody bags from party city. Unlike all other birthday parties that I have organized for him in the past, we did not have a theme for this one. It was so liberating, I let them choose the goody bags. We had Peppa pig and Nemo bags for girls and lightening Mcqueen bags for boys. He wanted a soccer cake so we got a soccer cake made from Cakes by Robert. They do nut free cakes and we found them to be super reasonable. But it was so simple and easy and exciting for him to choose what he wanted. Earlier, if it was soccer themed I would have freaked out at the mere mention of Peppa Pig goody bags but it’s just about making your life simpler. There is too  much stress in life to worry about a themed birthday party for a 6 year old! 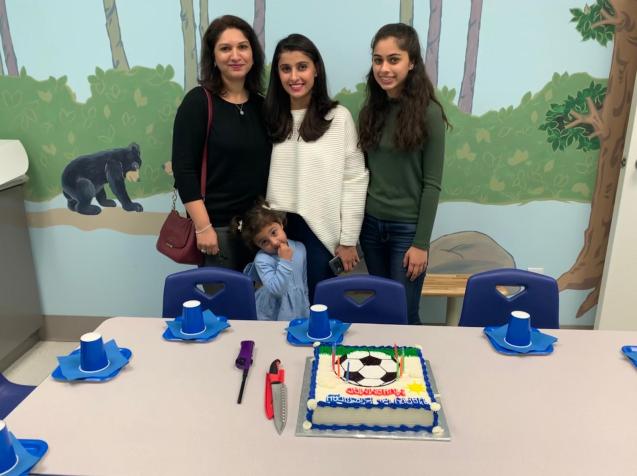 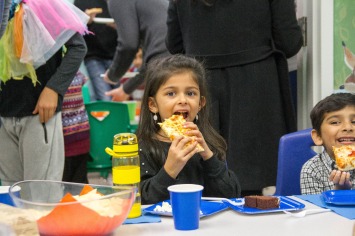 We had about 17 kids ranging in ages from 3 months to 10 years. The package allows you to use their playhouses and party rooms for 2 hours. The kids really did not want to cut the cake, they wanted to make the most of those 2 hours. I just realized while doing the post that we do not have a single nice photograph as a family at the birthday. This is my 6 years old when I request him for a picture (excuse the grossness) :

For kids we had cheese pizza, chips, popcorn, juice and cake (chips, juice and pizza was included in the package that we got). For adults we got salad, chicken and veggie samosas, pizza, iced tea, soda and tea.

At the end I would like to I add a few tips/things that I learnt during the birthday planning:

I just realized that i want to do a whole post on how restless, unhappy and thankless kids are these days. But that’s it for now. Come back soon for another post 🙂